I had to laugh at this when i was reading BBC news today. Not because BBC news is particularly funny, on the contrary, since most of our news is dominated by youths getting stabbed up in London… innit blood?

No. The reason i was laughing is because Google are facing some issues with street mapping in the UK, yes thats right, the UK. The country which has the most CCTV cameras pointed at its citizens in the world! 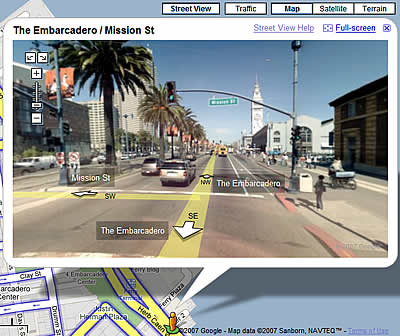 Apparently Privacy International wrote to Google asking what measures can be taken to keep people anonymous.

“We’ve spoken to Google in the past about this and received a snide response telling us to look more closely at their blogs.

“We’ve been told by engineers at Google that the technology is not ready to be deployed.”

Now lets just look at some stats about CCTV Camera’s in the UK shall we?

So with all that to think about, is anyone really going to be bothered with the tiny percentage chance of being caught by a Google street view camera… i think not!

I’m bothered, If I see a google car and whilst driving past it records me while I’m on private property then I’m going to detain the driver until the police come and confiscate the camera.