If you are using a TP-Link TL-R480T+ load balancing router and have been adding in Policy Routing rules only to find out that they don’t work, then you need to go into the Link Backup page and disable any fail over settings you have. A bit of a weird one, but it is the case nonetheless.

I’ll open with this; chances are if you are reading this from a Sky Cable Philippines Broadband connection then it probably took well over a minute to load the page, that’s if the page even opened at all! The reason for this is that this website is hosted in the UK and to connect from your Sky Cable connection to this server you would have likely been routed via ae-13.r01.tkokhk01.hk.bb.gin.ntt.net (129.250.5.31) which amongst a growing number of other hops seems to grind to a halt. You would be forgiven in thinking “If this is happening outside of the Philippines then why are you singling out Sky Cable?”, the answer is because this ONLY happens with Sky Cable and not any other Philippines ISP, and this issue is starting to affect many other websites including Apple’s download servers, Amazon S3 Hosting, and even Sky Cable’s own website hosted in Singapore. All of these sites when served or routed through certain CDNs/Hops in Hong Kong or Singapore will not be able to serve you traffic above 20~100KB/sec, or in the case of Apple a slightly better max speed of about 300 KB/sec. That’ll take you well over 5 hours to download an iOS update!

Let me go into more details, and let me get some things out the way first, because I am sure there will be things you are thinking before we get to the end of this post.

END_OF_DOCUMENT_TOKEN_TO_BE_REPLACED 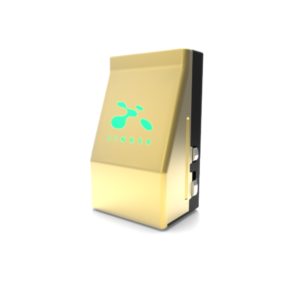 END_OF_DOCUMENT_TOKEN_TO_BE_REPLACED

How we watch and use our TV has changed so much. I still remember the time of VHS and being grateful that I could even watch my favourite films at home. Now technology has advanced so far that watching a film at home can be more immersive than going to the cinema. Ambient light TVs are one of the latest technological advances for your television creating the illusion that the light from the screen carries on beyond the edges of the TV.  Lightberry HD allows any TV to have this technology using a HDMI cable. 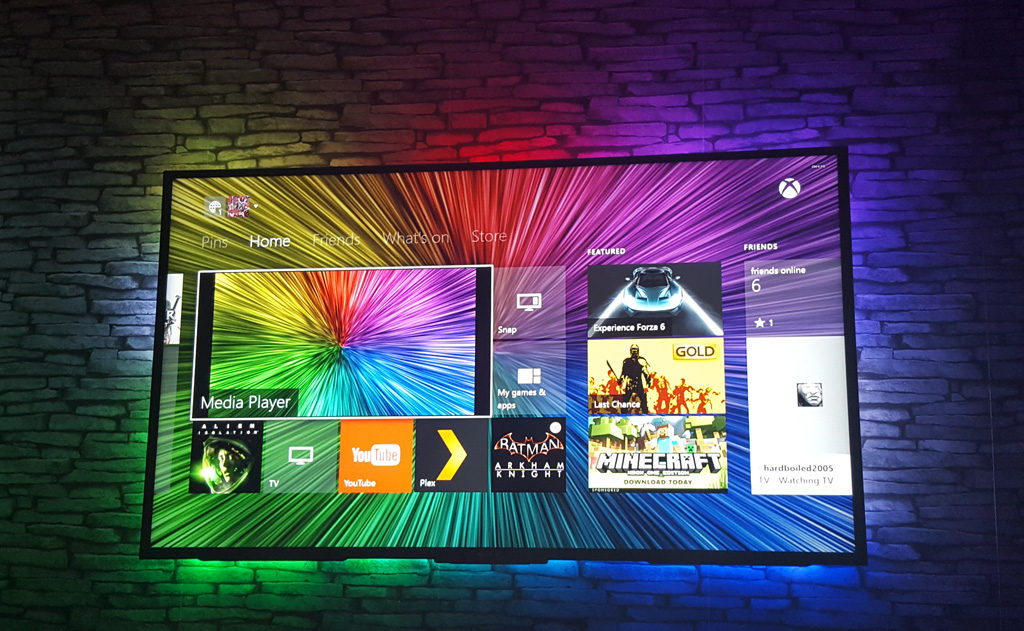 The first thing to say is that the Lightberry really enhances the viewing experience.  I ran the kit off of my Sony Bravia 55” TV and was amazed at the results. It is a really immersive way to watch films adding extra atmosphere. I tried the kit out with several genres of films and it worked well for all of them. I suggest the first film you try it out on is an effects heavy film such as Star War as you really notice the difference. I also tried the Lightberry HD out with my PlayStation 4 and it was just as good if not better than the films. I think this is because games have less cut scenes so the changing light seemed a lot smoother.

END_OF_DOCUMENT_TOKEN_TO_BE_REPLACED

I recently purchased a Lightberry HD so that I could get the cool ambiilight colours with my TV. Despite there being information on the internet about how to set everything up, the information is fractured, brief, confusing, and a lot of times out of date. This guide aims to walk you through everything you need in regards to pre-purchasing, physically setting up, and finally configuring the software (Hyperion) to get the best from your Lightberry. If you are just simply looking for a quick review about the Lightberry HD, then golly gosh, I have one just here for you 🙂

Exactly what you need will depend on what you want to achieve and your current home theatre and TV setup. I’ll run through the absolute must haves to actually get things working, and then we’ll talk about the different types of Lightberry kits which can be used depending on if you want standard 1080p video or if you are a cutting edge 4K viewer. If you already have all the kit then you can jump ahead to the setup part of this tutorial. 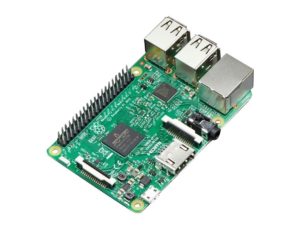 The Raspberry PI is basically a credit card sized computer, and this little guy is going to be doing all the processing of your picture to then send the information to the LEDS and make them light up all pretty like. The PI 3 is a quad core 1.2ghz computer which will run flavours of Linux from a micro SD, it has 4 USB ports along with a HDMI port to connect to your TV, and thankfully the model 3 does have onboard Wifi. You can buy the Raspberry Pi 3 direct from Amazon.

If you already have a Raspberry Pi, then you can use that, but the Pi 3 – model B ensures you have enough computing power to light the LEDs as smooth as butter. 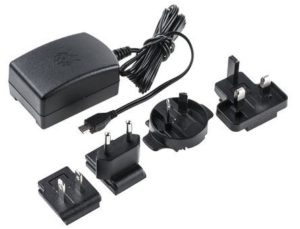 The Pi 3 (or any other version for that matter) doesn’t come with a power supply. As above, you can buy an official power supply from Amazon. 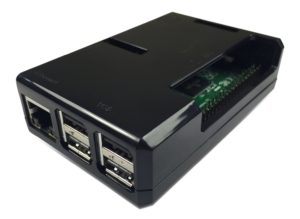 It’s probably a decent idea to get a case for the Pi 3, just make sure that you put the Pi into the case WITHOUT the Micro SD card inserted, else it will snap. I went with this case that fits perfectly 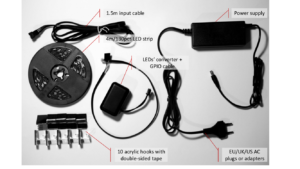 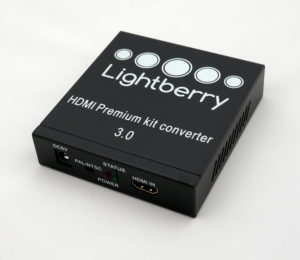 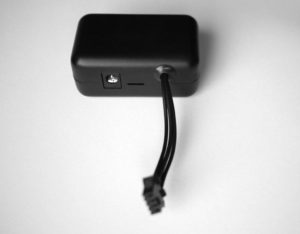 If the Raspberry Pi is the brains of this operation, this Lightberry HD kit is the heart. This kit includes everything that you need to get up and running (except the parts listed beforehand), the components of the kit are…

You can purchase all these parts separately, and you can go for the older “non HD” model, but the best solution (and what this guide uses) is the Lightberry HD + HDMI FullHD bundle direct from Lightberry.

I recommend buying the 5 meter USB version of the kit.

If you are a 4K user, then you will want to read this new blog post of mine about getting true 4k 60 FPS with lightberry. If you are thinking “Well, I might upgrade to 4K in the next five years and will buy the 4K kit for future proofing” then don’t bother, get the Lightberry HD kit and read my latest post. If you are unsure of what you need read about Lightberry and 4K first. 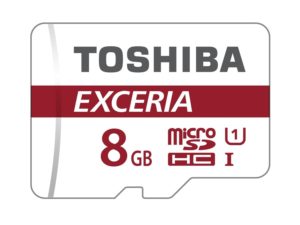 Fist off, let me say that you can use any Micro SD card and that I will show you how to set everything up with your own SD card later in the guide. However, for ease of use and for “Plug and Play” I suggest that you just purchase a pre-loaded Micro SD card from Lightberry. The card that they sell is 8GB and comes loaded with OpenElec which boots directly into Kodi. I shall cover OpenElec and Kodi and what they do later, but basically this is the operating system that will be plugged into the Raspberry Pi and make everything work. You must have an SD card to make this work, you cannot load any operating system directly onto the Pi without an SD Card! 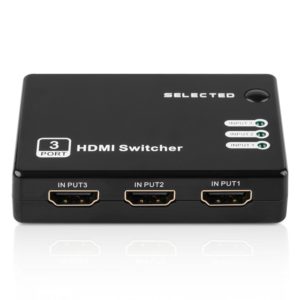 Whilst the Lightberry HDMI grabber will take a single HDMI input, send that to the Raspberry Pi via USB, and then pass through the HDMI source to the TV, you may need a HDMI splitter to allow you to pass multiple HDMI inputs to your setup. Let me try and explain that a different way, if you have your Sky/Cable, your Bluray, your Apple TV etc all plugged into the back of your TV then as it stands you can only choose one of those to plug into the Lightberry HDMI Grabber and have the LEDs light from that source. If you want ALL of your devices to feed through the Lightberry HDMI Grabber then you are going to have to plug them into a HDMI splitter first so that the splitter/switcher takes all those inputs and outputs them as a single source into the HDMI Grabber.

If you have a Home Theatre system or AV receiver then you do not need a HDMI splitter as you can just use the single HDMi cable output from your receiver to your TV. Just to be crystal clear, AVR’s work perfectly fine outputting all sources through a single HDMI cable into the Lightberry HDMI Grabber.

You can get a 3 port HDMI splitter from Amazon.