I just had the pleasure of speaking at MORCON 2015 on the subject of Google Manual Penalties, part of my presentation was a little bit of fun about how someone may go about running a negative SEO campaign on a competitor. Now arguments aside whether or not it is actually worth doing, I figured it might make a nice little web story if taken in the light hearted way it is meant to be.

Sit back and relax. Grab some Milk and Cookies, or a Whiskey and Coke (whatever takes your fancy) and let’s listen to a tale There once was a guy called Chewie. Chewie was a friendly chap and had a wonderful girlfriend by the name of Angelina, along with the bestest of friends named Jerico. They all hung around together and drank, and just generally had a great time.

Chewie had a dream, and that dream was to open a cupcake shop. For some reason he absolutely loved cupcakes and wanted to use his SEO and Internet knowledge to open up and promote the best cupcake shop in town.

However, Chewie got some bad news so he had to leave the country and fly back home 🙁 During the time that Chewie was away, Jerico and Angelina became closer and closer. After some time they fell in love and got married in a grand ceremony.

After becoming wed, Jerico and Angelina stole Chewie’s dream of opening a cupcake shop. Chewie hears of this and is extremely upset 🙁 Jerico’s cupcake shop, and the dream that he ruthlessly stole starts to really take off. People are talking about it all across town and he’s starting to dominate the SERPS for high traffic cupcake related terms. 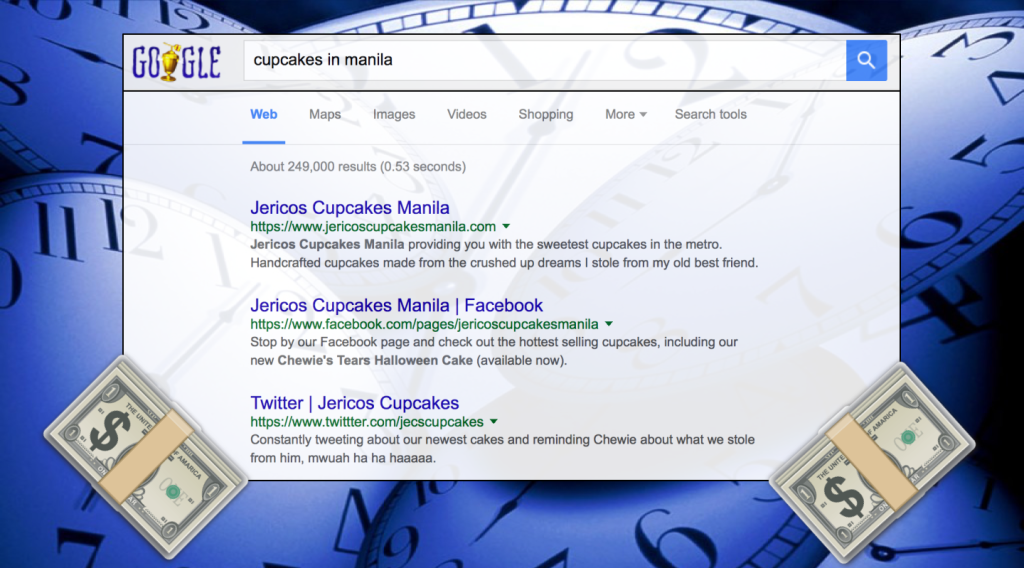 Whilst Jerico and Angelina are living the high life off the back of their dream stealing escapades, Chewie returns! And Chewie wants his revenge! So how is Chewie going to get his revenge? With a Negative SEO campaign of course, let’s see what he has planned! 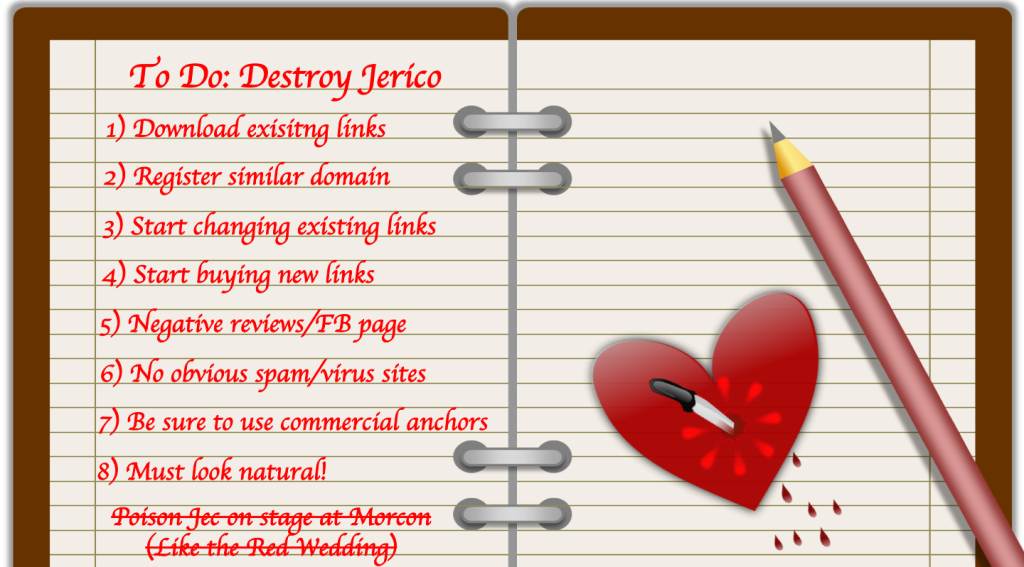 So he enacts his plan, but did it work? 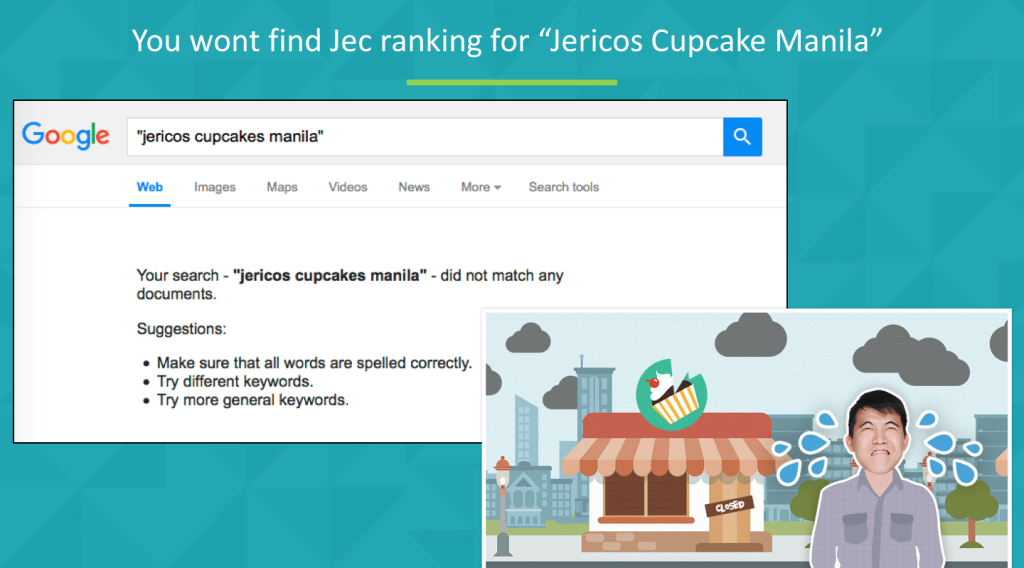 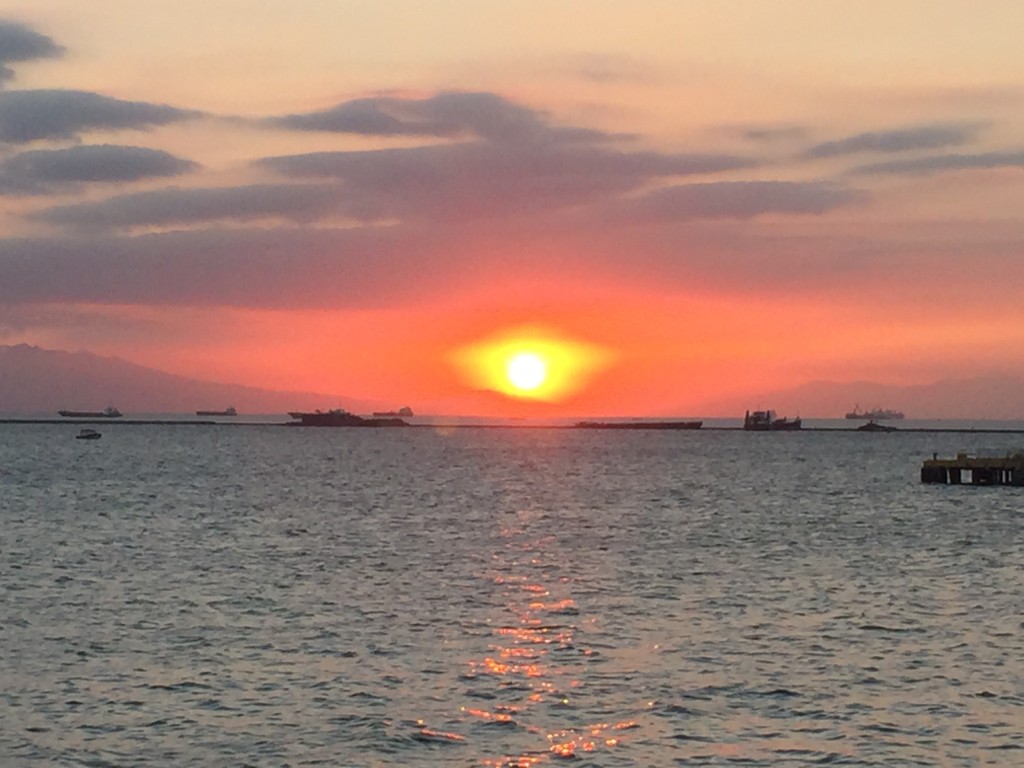 I snapped this pic at Manila bay, I thought it was pretty cool. 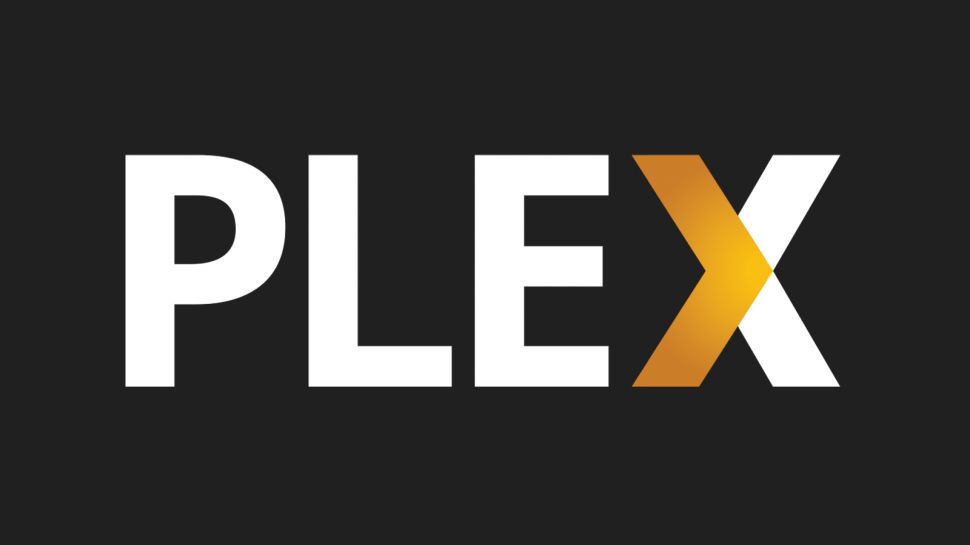 I recently acquired a new A/V receiver as I have been watching quite a few films lately. So I hooked the bad boy up and sat down to watch something or other only to find that OSX EL Capitan on a Mac Mini (mid 2011) would not work correctly (and it wouldn’t work when I rolled the Mini back to fresh install of Yosemite either). Basically the screen was flickering black every 5 seconds or so. I tried a different HDMI cable with no joy but connecting the Mini back to the TV directly fixed the issue… however there was little point in that as I wasn’t getting the surround sound that I bought the damn A/V receiver for.

After lots of searching I found that the 2012 mini had an issue with HDMI handshaking and CEC which resulted in this very same problem. Whilst Apple had released a firmware update to fix this in the 2012 models the problem was never corrected in the mid 2011 models. My only solution to fix this was to either buy a new Mini, or install Windows through Bootcamp and turn the Mini into a Windows box. I ended up being fine with the latter solution, as it would soon come to my attention that Apple do not allow Atmos Bitstream audio to be passed through the OSX operating system anyway, meaning that new movies with Atmos audio wouldn’t have worked whilst running under El Capitan… you can thank the late Steve Jobs for the “My way, or the high way” Apple method of thinking.

So I install Windows 7, it all works fine after taking about 6 hours to get setup in the way I want, and then I go to use Plex. Of course I am sat there clicking the remote and nothing is happening despite a) Bootcamp installing the remote IR drivers, and b) Plex natively support Mac remotes (but no go on Windows).

Just before I continue, I did submit a feature request to Plex to support for the Apple remote on Windows, since in my mind it should be fairly trivial. However, it would seem that not many people want to see the same thing as the post got no replies at all… which actually makes me wonder why I am even bothering to post this guide if nobody actually needs it :/

Whatever though, I needed it, so it might help someone.

Now, there is a forum post where people have done this for Kodi, and that is where I got my initial information to make this work. My method changes the key mapping to work with Plex Home Theatre and Plex Media Player, and also supports button presses from the Apple MC377 remote.

First things first, you are going to have to go and download EventGhost which has flavours for both X32/X64 versions of Windows. EventGhost is a nifty little program that takes the input from almost any peripheral you can think of and then executes actions on those inputs that you assign. So, I dunno, you can make the button press of a remote send an [Escape] key command to the operating system. You see where this is going?

I’m going to do the next part as a step by step how-to, follow along carefully now!

“But Chewie” I hear your cry, “I don’t have the same model remote, what the hell is this?”.

Well my friend, in that case you will need to capture your remote buttons and assign them to each of the events.

So yeah, there you go, it is pretty straight forward once you get the hang of it. There is a command which I have muted to launch Plex using the remote as it doesn’t work correctly with Plex Media Player due to the weird way it is doing full screen. You’ll be able to unmute this and test yourself by disabling the red X on the specific event HID.

If this helps you out, and you’d like to see Plex enable native Apple remote support on Windows then please comment on the Plex Feature Request and let me know how you got on in the comments.

I have updated the original EventGhost script so that the menu button on the remote now launches Plex.

I also recently bought a Harmony 950 remote from Amazon (which is awesome btw). I then taught it the commands from the Apple remote and it now works flawlessly with EventGhost, so if you are looking to get your Harmony Remote working with Windows and Plex, then the above is a solution for you as long as you have an IR receiver/port on your computer.

I’m sat in Suvarnabhumi airport in Thailand waiting for a delayed flight (don’t you just love air travel?) and I needed to get my internet fix. I tried a few access points before giving up and opting for the paid Wifi service which is available throughout the airport.

As i was signing up i noticed that the connection left the confines of the internal LAN and connected out to the internet for the whole verified by visa thing. Before completing the payment I open up another tab and sure enough I had free access to any website I wanted.

So if you are ever at Suvarnabhumi and want free wifi, connect to the WLANNET SSID, go through the signup process, and when you hit the screen below (before entering your credit card details) just open a new tab and browse away. The session only lasts about 10 mins, but all you have to do is open another tab and go through the process again 🙂 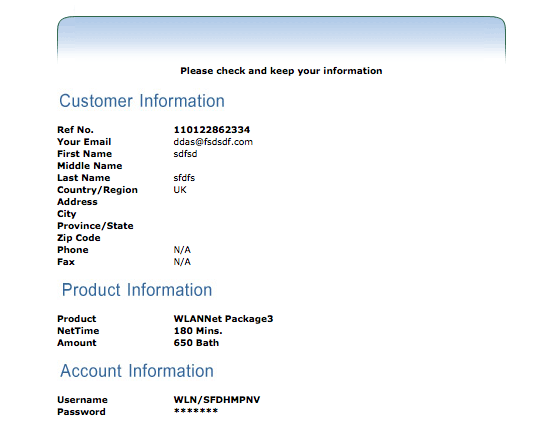 Get to this point and then you have free wifi

Everyone is going crazy for Bing (still can’t get over the stupid name), and of course i couldn’t help but do a vanity search on my name, lets see the awesome results it came back with… 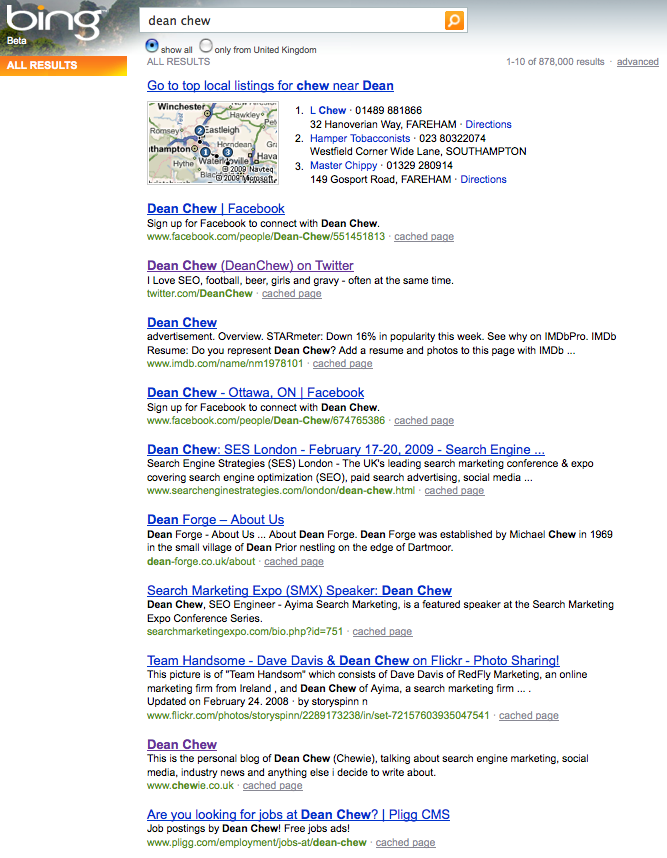 Yep, even though my website has the most backlinks for the term “dean chew”, has content saying my name is Dean Chew, and has some authority, then why the hell does it rank 9th? I know i don’t have “dean chew” in the title, but jeeze. Besides, what the hell is Dean Forge doing in there, is that what i searched for? No! What’s even worse is that if you search just in the UK then i don’t rank on the first page at all.

Lets see what the big G has to say about this? 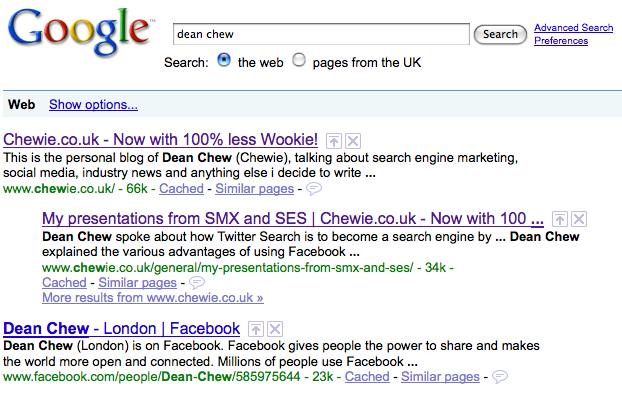 Thanks Google, all is right with the world again. My guess is that MS engineers are rectifying this as i type, what with all those millions of searches for my name going unclicked 🙂