Microsoft today announced that they would be including a pretty tight integration of Facebook connect into the XBox live system. There are two parts to this story, one is that all future XBox games will allow users to post back information to their Facebook Streams and walls based off achievements in games, high scores etc. Facebook connect will also be used to pull in friends and marry them up to your Xbox live account.

The second part is that there is going to effectively be a Facebook application on the XBox which will allow you to see friends photos, comments, videos etc.

All this news came from the Gizmodo Live stream which is following the E3 conference, where by the big names in the gaming industry show off whats new. I am very surprised that Nintendo haven’t jumped on the Facebook bandwagon as it would seem to fit very well with the Wii.

Edit: At the Nintendo conference in the afternoon, they announced that the DSI would integrate with Facebook to allow users to upload photos straight from the device. 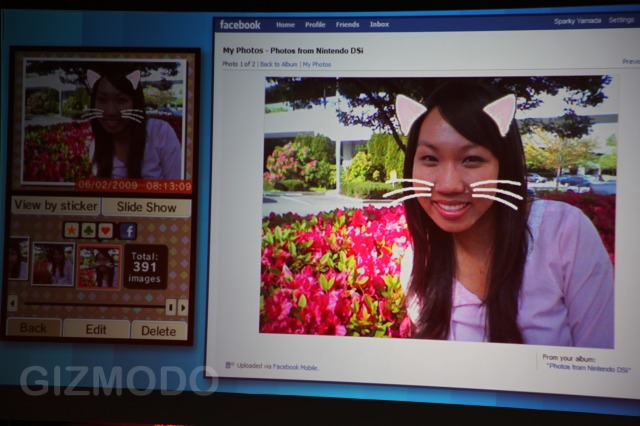 There are some suspected 20 million + XBox live owners, and since Facebook connect now integrates with 3rd party websites, iPhone applications, the XBox, and now DSI we should surely see it grow and grow into a monster application.

someone knows what kind of programing lang facebook uses on the iphone app?