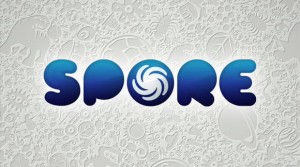 Unless you have been living under a rock (or simply have zero interest in video games what so ever) then you would have probably heard about a little PC game called Spore. Amongst the hype and controversy over things such as the draconian DRM or the less than stellar reviews, there is a website which has popped up called Antispore.

At first glance it seems that Antispore is exactly what it says in the url, a website that is against spore, if you bother to read the about us page you will find the following info…

I created this blog to find support for and follow my progress in letting Electronic Arts know that their biggest attack on Christian values to date will not be tolerated.

We can not allow the gaming industry to invade our homes and poison the minds of our children.

After all, their billions in revenue and all the advertising in the world are no match for the power of God.

Along with the above info on the about us page there are also posts such as “Proof EA is converting children to believe in evolution” and “The evil man behind it all – Will Wright” which makes one think that this is some crazy Christian evangelist trying to get their voice heard regarding a game about Evolution, however i am not convinced that this is all that there is to it.

If you read through all the posts the writer has obviously got quite a good grip on the bible but the witting style is also somewhat jovial as we can see in this particular post.

“21. The LORD smelled the pleasing aroma and said in his heart: “Never again will I curse the ground because of man, even though every inclination of his heart is evil from childhood. And never gonna give you up. 22. “Never gonna let you down.” 23.”Never gonna run around and desert you.” 24. “Never gonna make you cry.” 25. “Never gonna say goodbye.” 26. “Never gonna tell a lie and hurt you.” 27.”Never truly believe anything you read on the Internet. There will always be cases of Poe’s Law.”

As you can see there is a nice Rickroll (obvious Rickroll is obvious) hidden in the scriptures of the lord which i am pretty sure were not in the original old testament. So this obviously gives the game away that this site isn’t entirely genuine about being against Spore, so it seems to me that this site has been set up by some marketer who is generating a huge amount of publicity, buzz, and backlinks to the site which just happens to have Google ads on it.

It seems the first post was put on the site on September 8th just 3 days ago, if we go take a look at Yahoo site explorer then we can see that the site already has 321 backlinks pointing to it, on top of that there are backlinks from websites such as Forbes, Joystiq, and G4TV which are surely going to pass a ton of authority when Google catches up. On top of that you have people visiting the site from referrals in blog posts, imageboards, forums, chat rooms etc which are generating around 300 odd comments on some posts.

I can’t be sure if the person behind the site is just having a joke to rile people up or is someone with a seo/marketing background who realises that once they enough links they can simply do the old bait n switch and start selling the game through an affiliate scheme and no doubt make an absolute ton of cash. You could even just 301 the entire site to another domain which is already setup to sell spore through it.

Either way i think it is an exceptional idea, generate a lot of controversy, get a load of links to your site regarding a specific topic, and then switch the site to sell the very thing you were against.

I would love to hear other peoples opinions on this so leave me a comment.

Haha, that Rickroll was AWESOME!!:D However who the genius is, he just owned the internet.

Fascinating idea Chewie. I find the never gonna give you up bit quite amusing. Write an update if he does pull the 301 a few months down the road.